The Iconography Workshop has been operating under the guidance of Archpriest Sergiy Baranov since 1997 in Orsk. From May 8th to 17th, 2008, upon the blessing of Valentin, Metropolitan of Orenburg and Buzuluk, and Gerasimus, Metropolitan of Zugdidi and Tsaishi (Georgian Orthodox Church), the priests of the Social and Missionary Circuit, senior priest Alexander Azarenkov and archpriest Sergiy Baranov, held a conference “Common Saints – Common Faith” and presented the Georgian Orthodox Church with the icon of the Great Martyr George.

In October 2008,  upon the invitation of Benedict, shrema-hegumen and the elder of the Panagitsa Cell at the Simonopetra Monastery on Athos, Greece, archpriest Sergiy Baranov and the iconographers painted the Church of the Nativity of the Holy Theotokos.

The workshop, existing upon the alms of the people, renovates old icons and creates new ones according to ancient techniques and outline drawings. The specialists learned gilding and gesso carving. Gilding is executed in a special room without draughts, but with ventilation, which serves to rid the room of the unwelcome smells of lacquers and pine oil.  Gesso carving is made in the following way: a special substance is applied on a wooden surface and after it hardens, a specialist carves a dimensional picture out of it with a lancet. The two exact copies of Athonite icons were made in this technique: the Images of Jesus Christ and the Holy Theotokos as an elderly nun. There are no similar icons in Russia. The style of iconography is canonical and mostly Byzantine and Athonite.

Almost all icons (hanging on the walls and the painted frescoes) at the Cathedral of the Great Martyr George in Orsk are copies of the images painted on Holy Mount Athos, as, according to Father Sergiy, there is no place which is more blessed with the Grace of God than Holy Mount Athos. 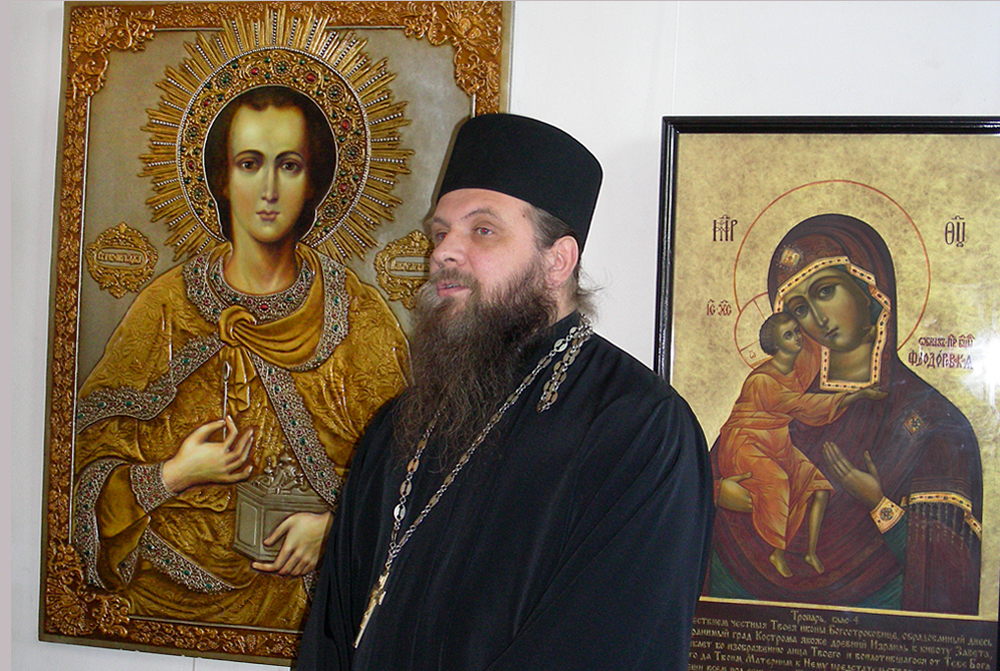 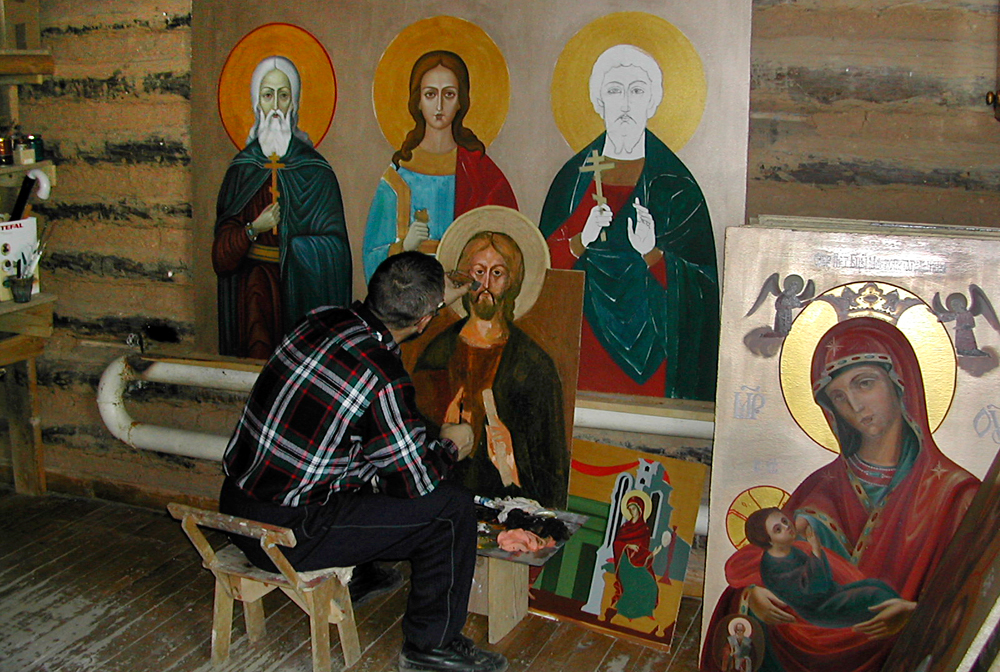 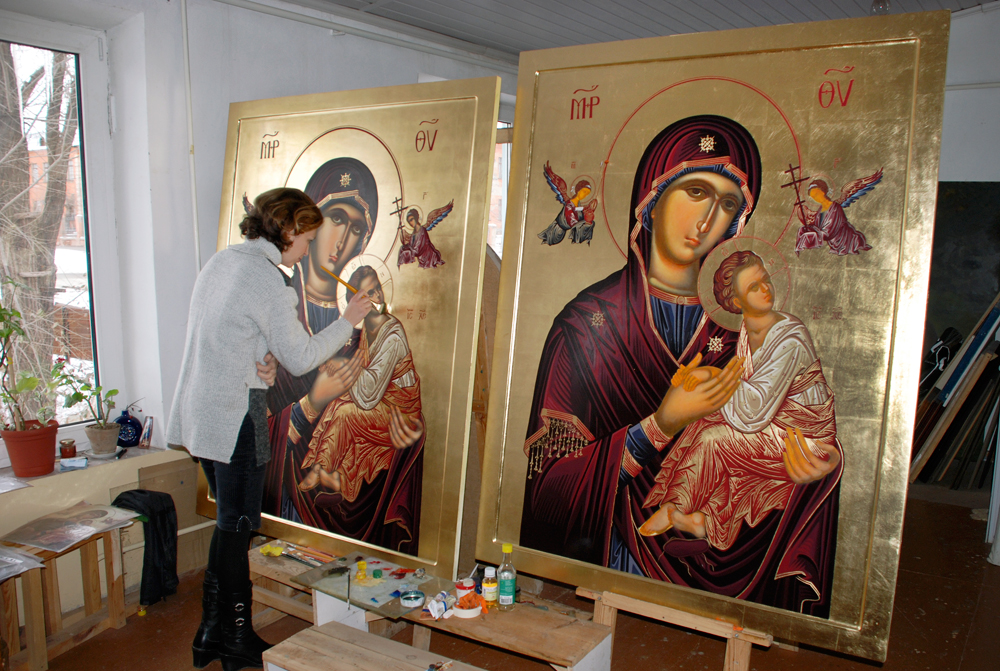 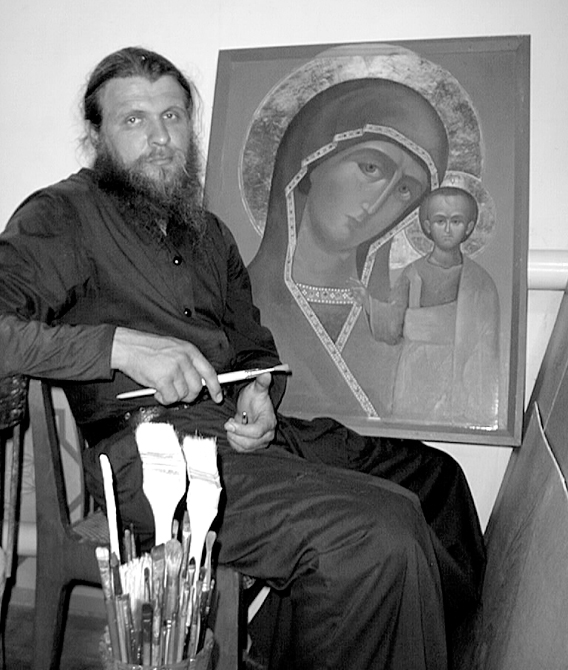 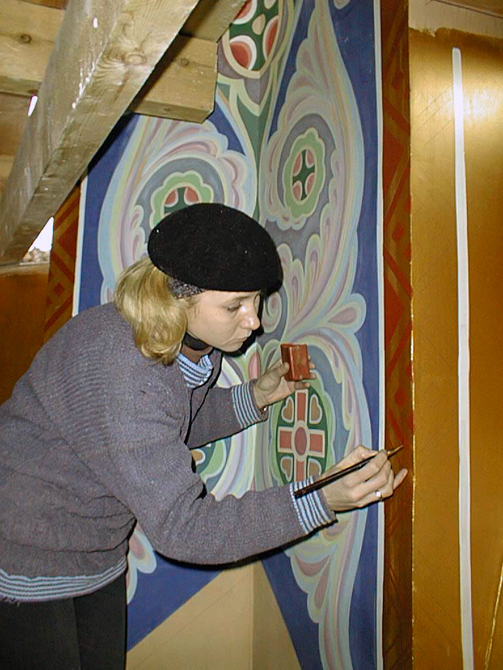 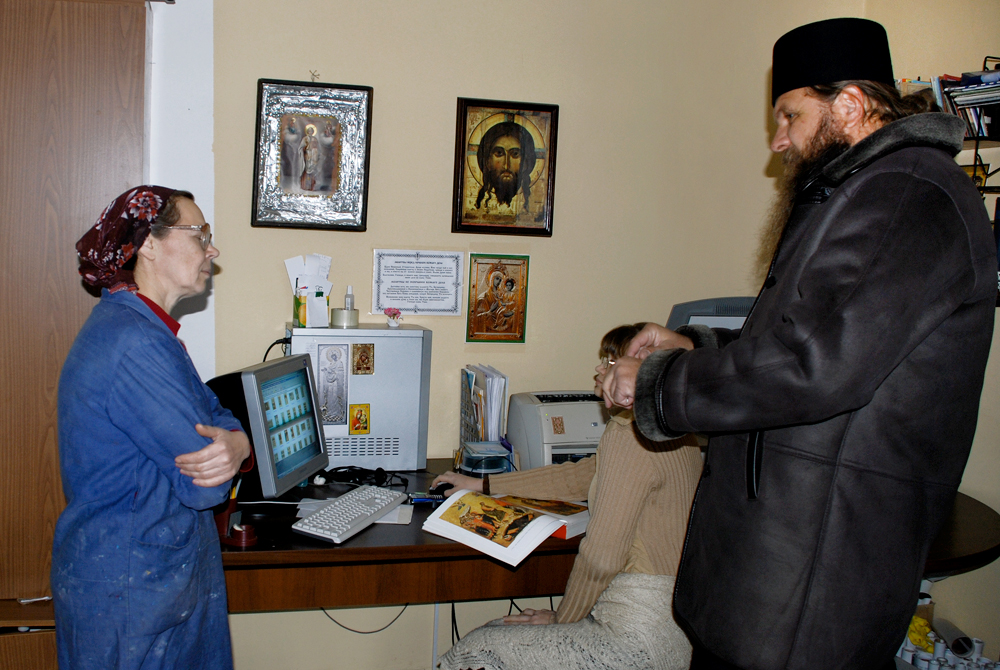 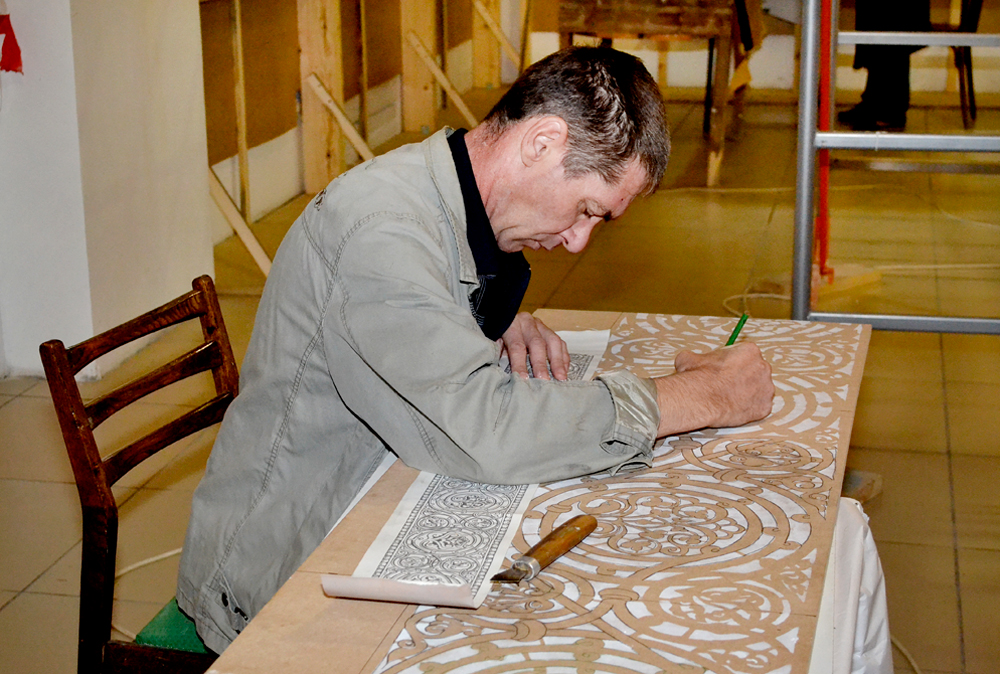 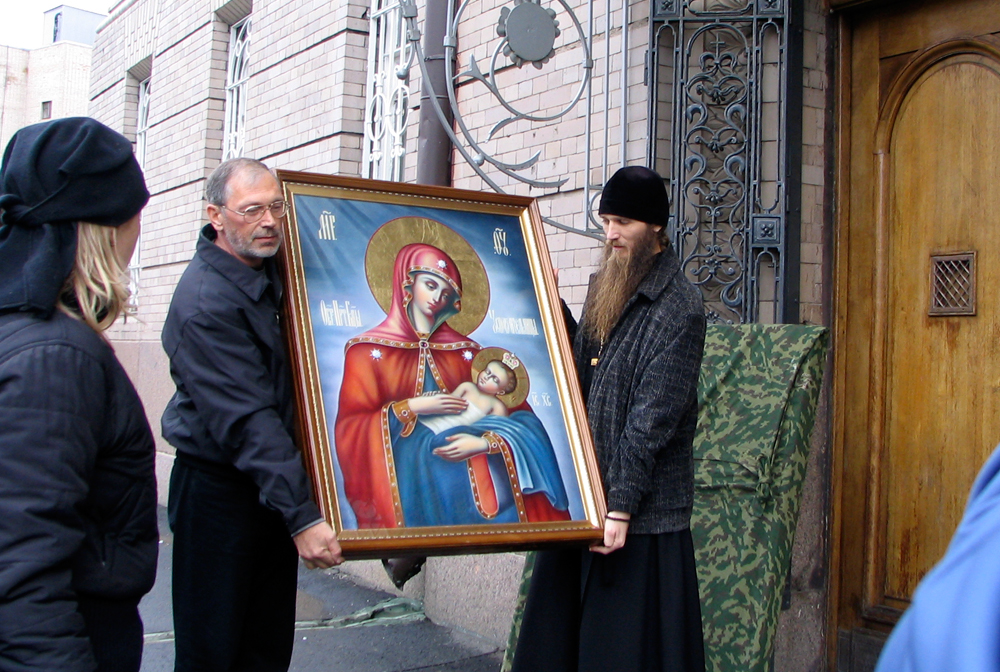 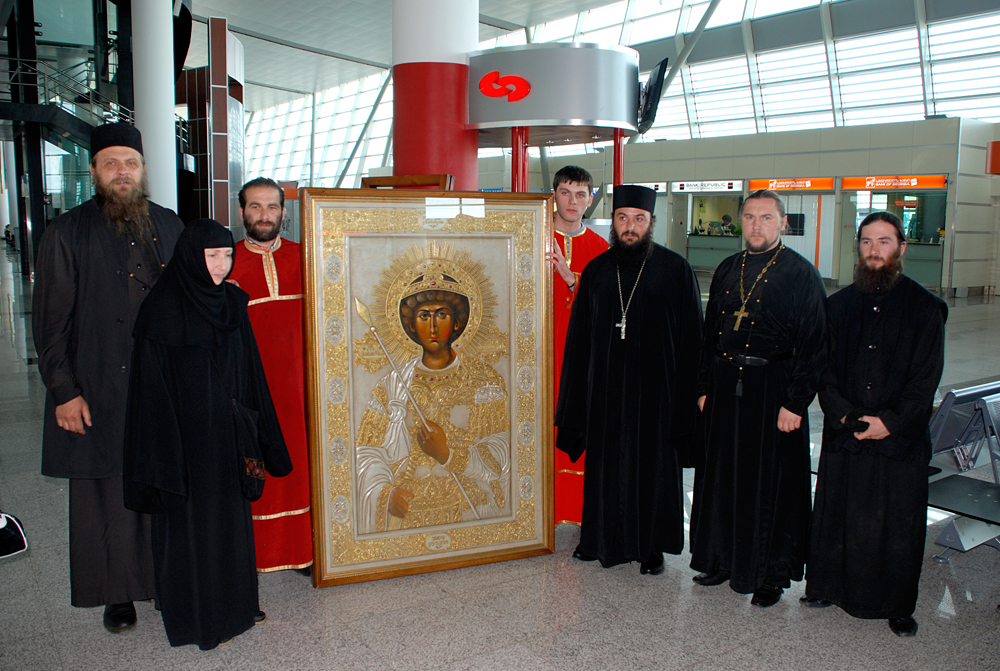 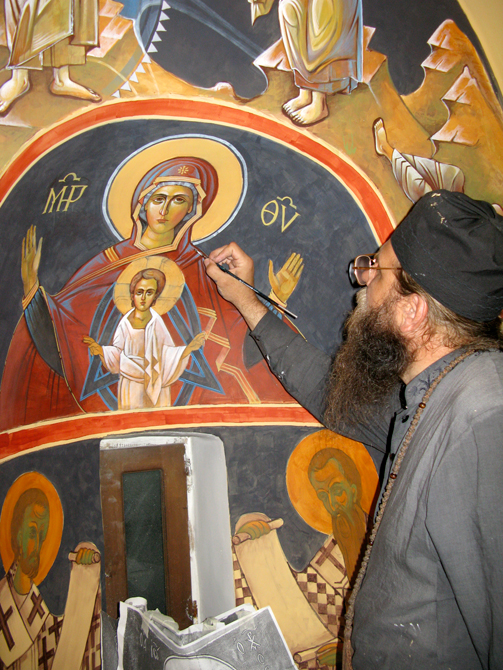 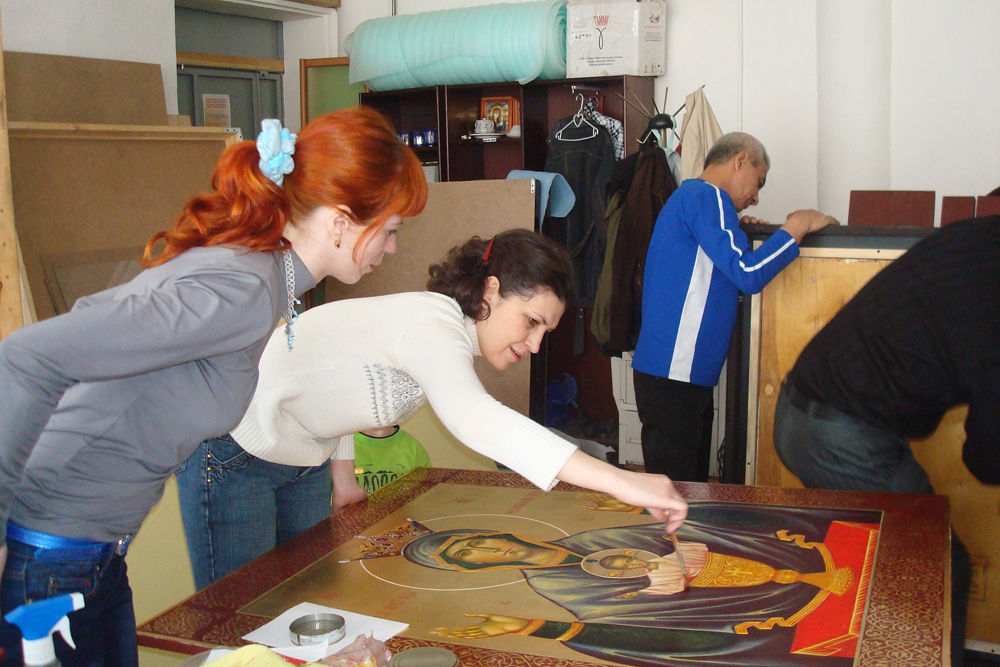 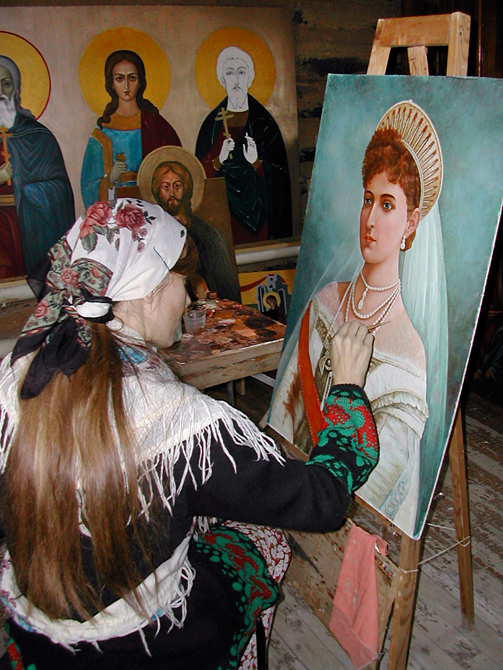 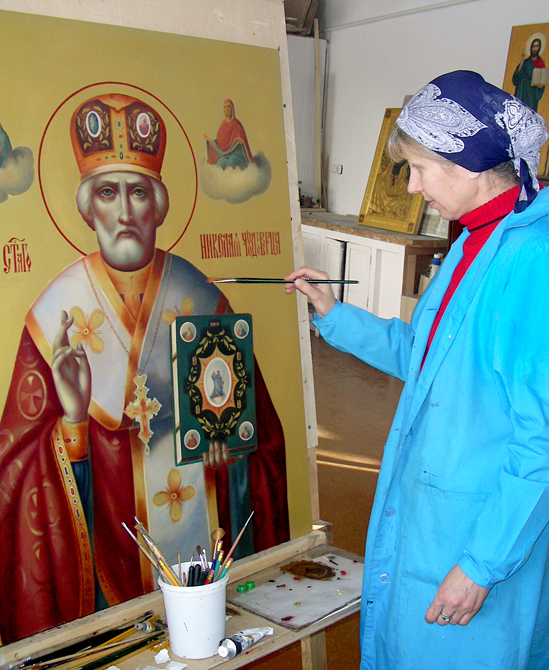 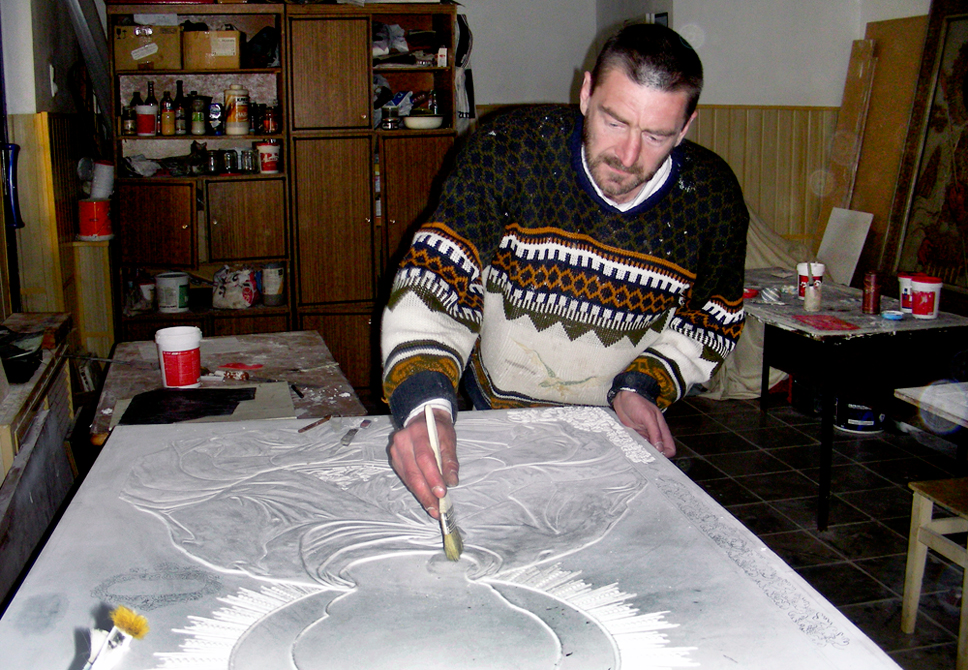 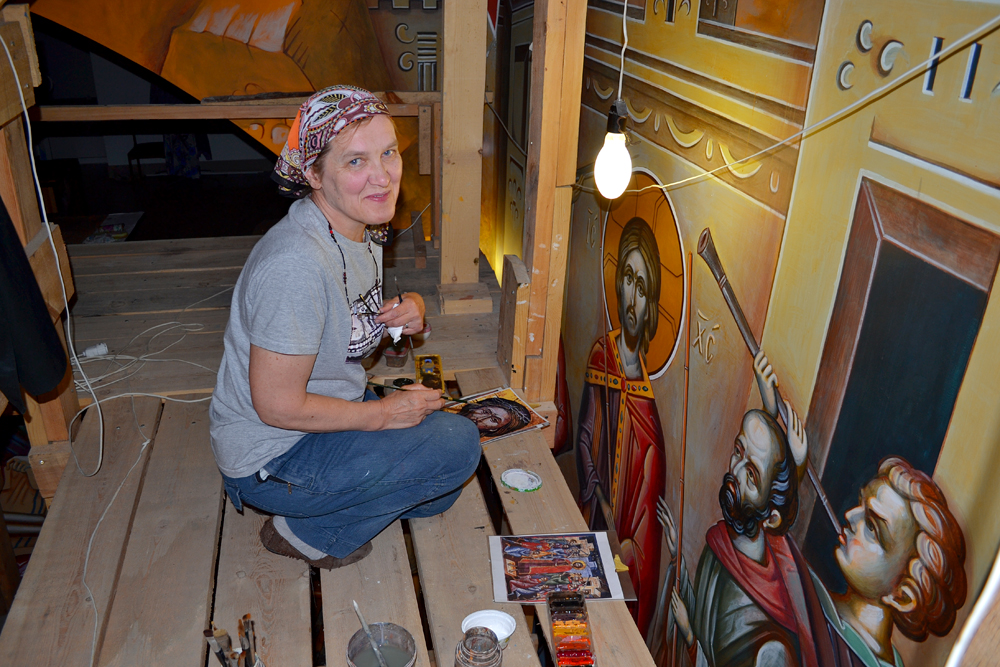 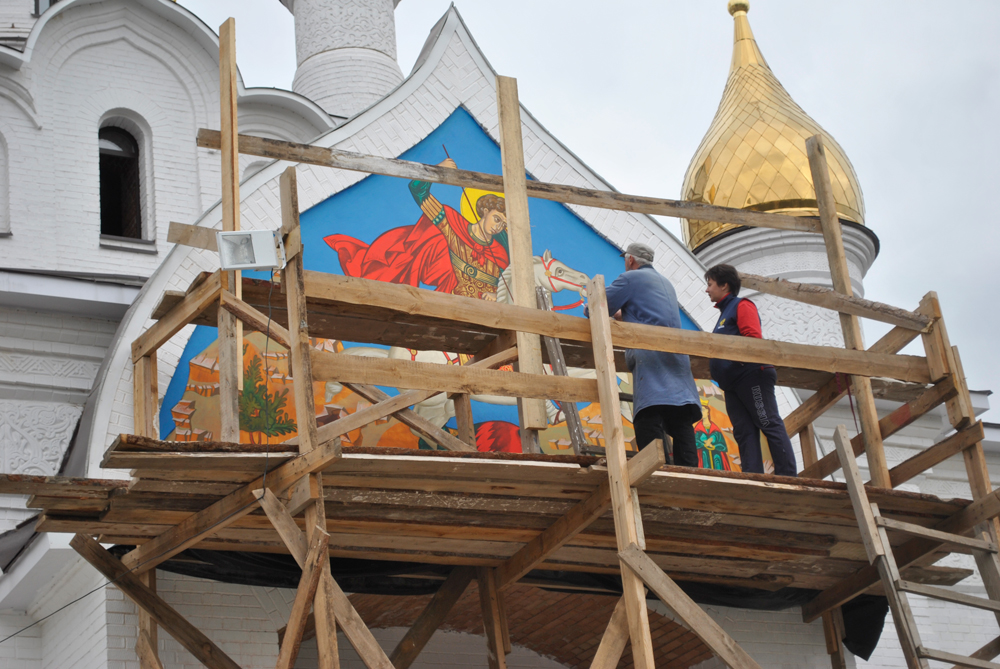 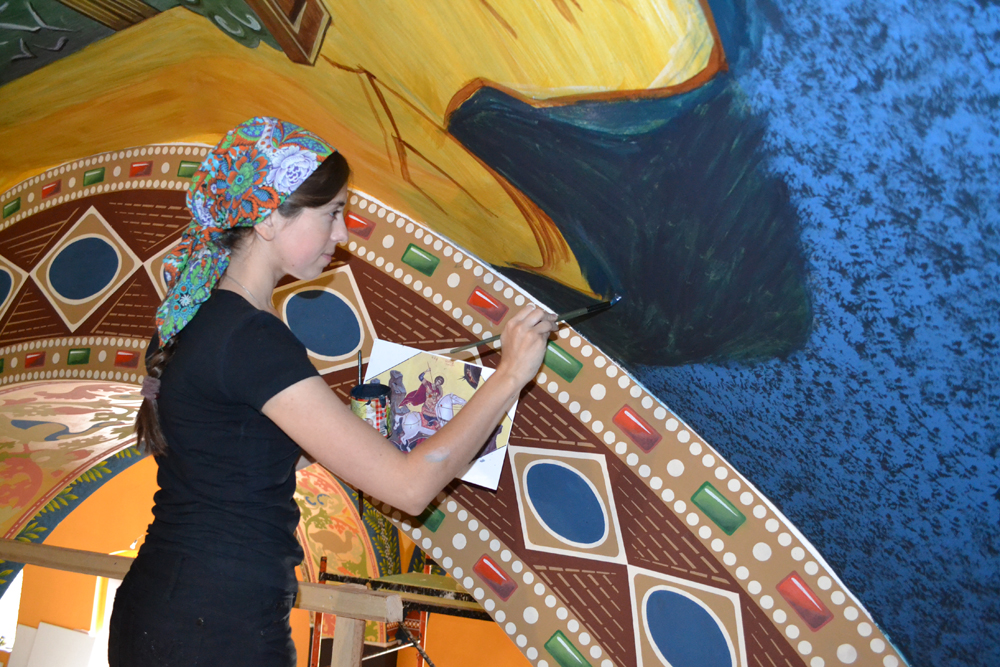 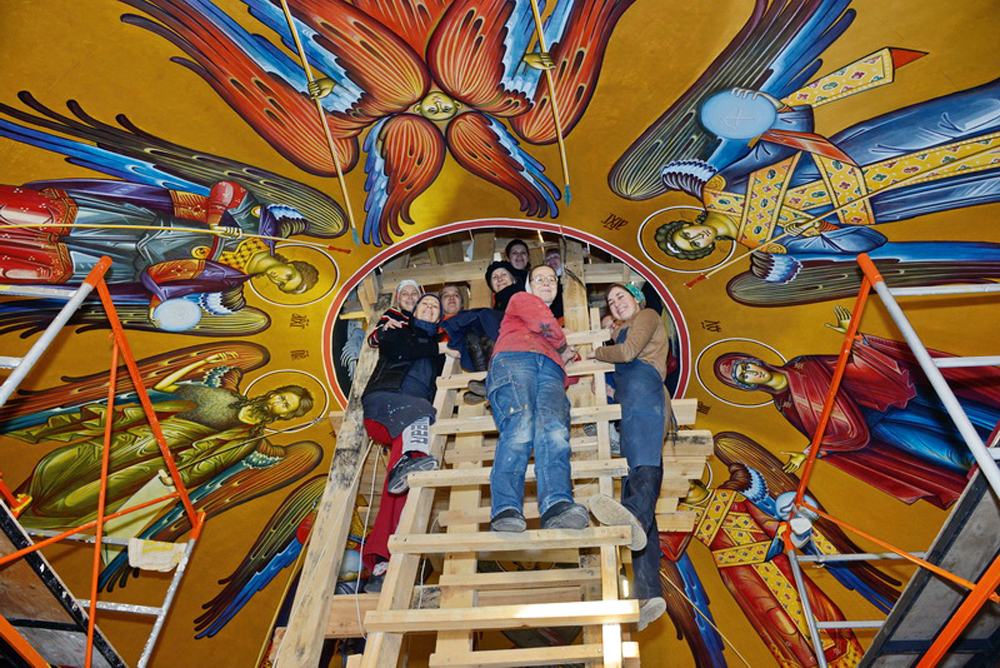 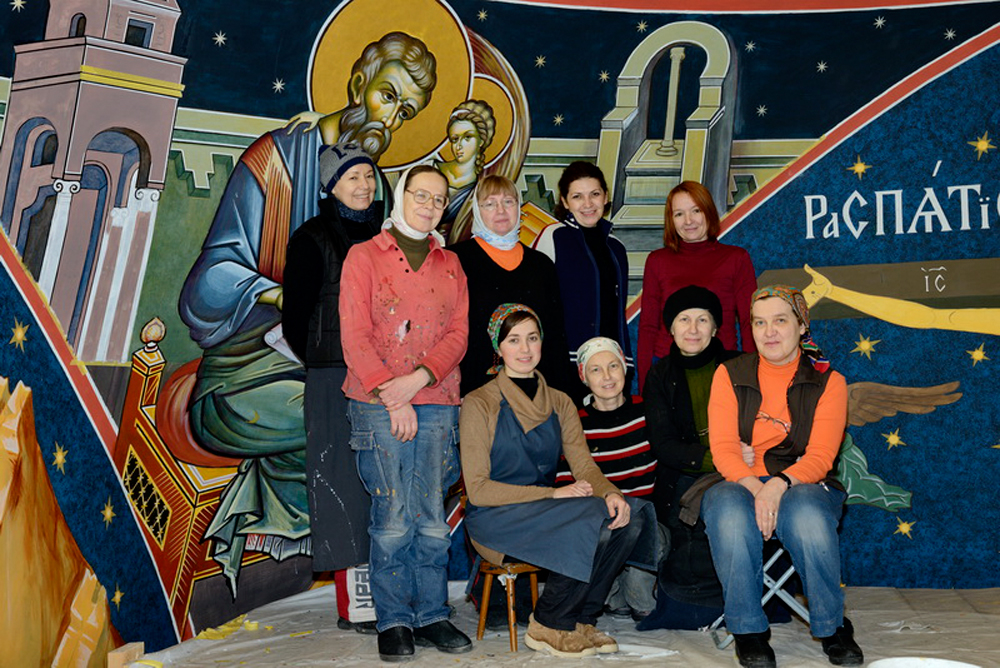 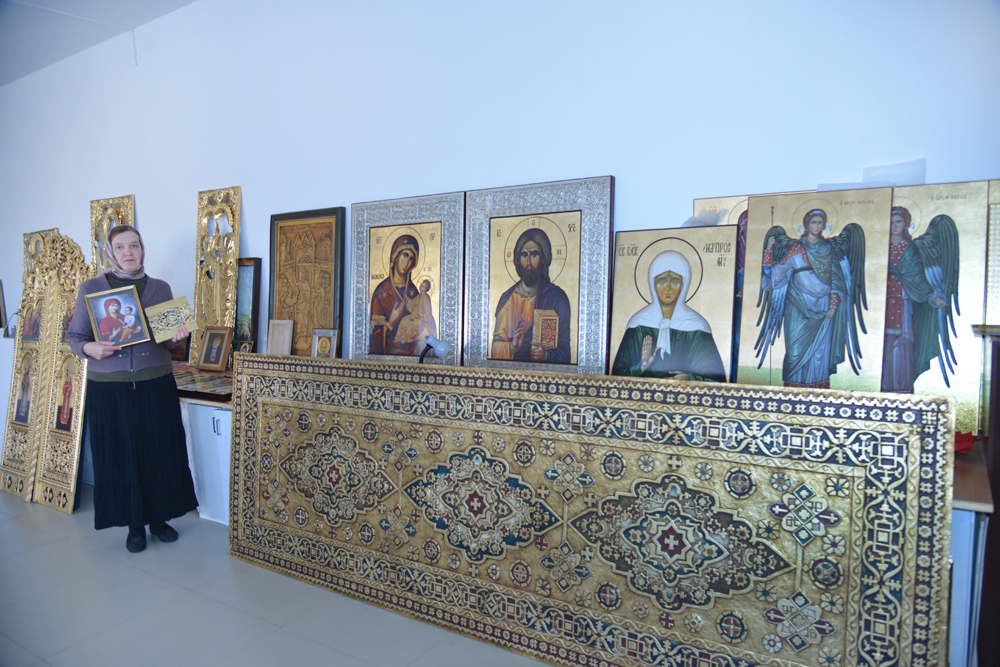 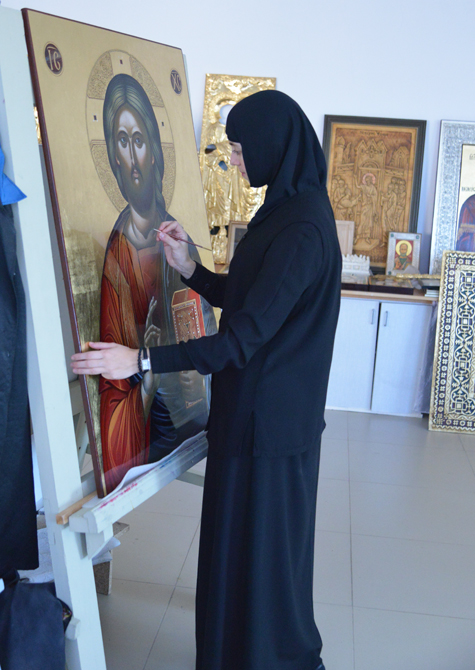 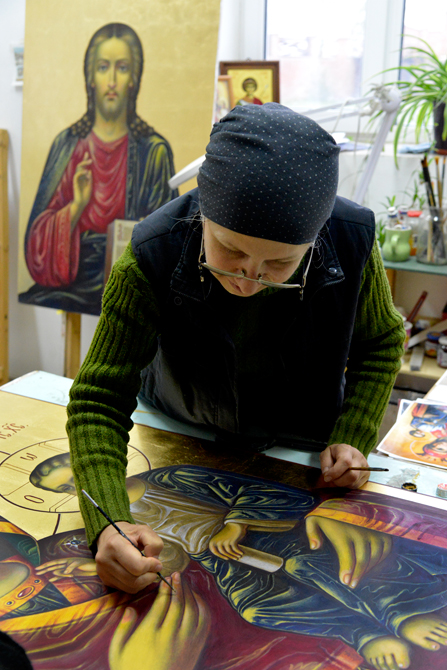 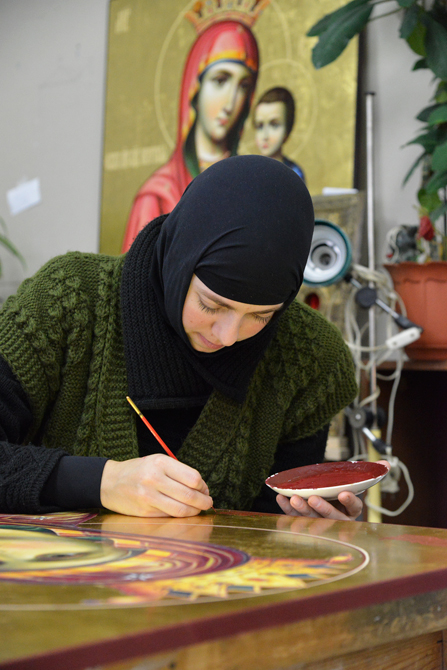 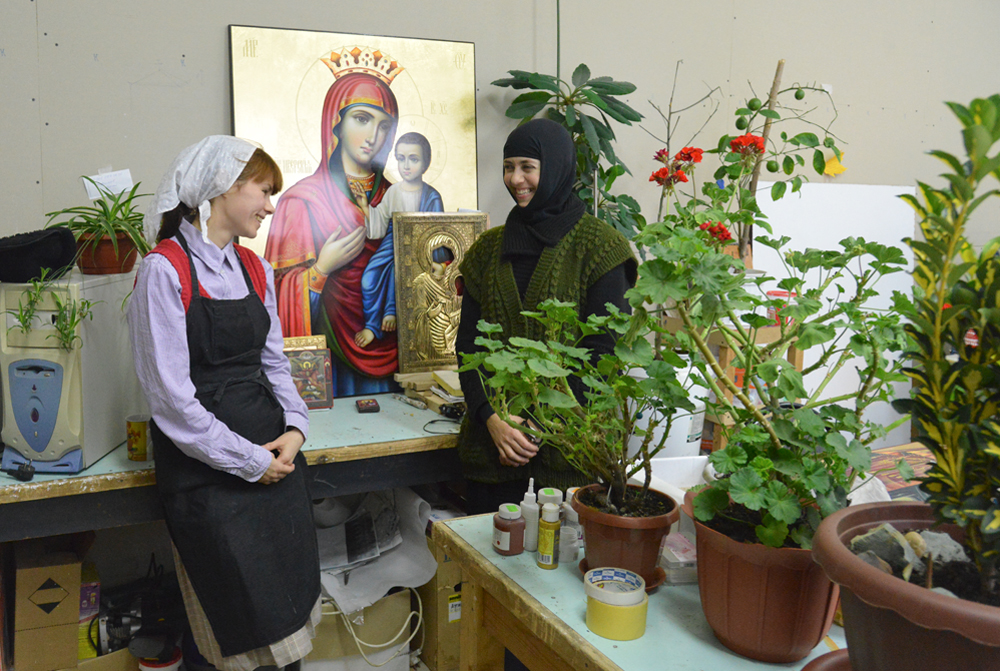 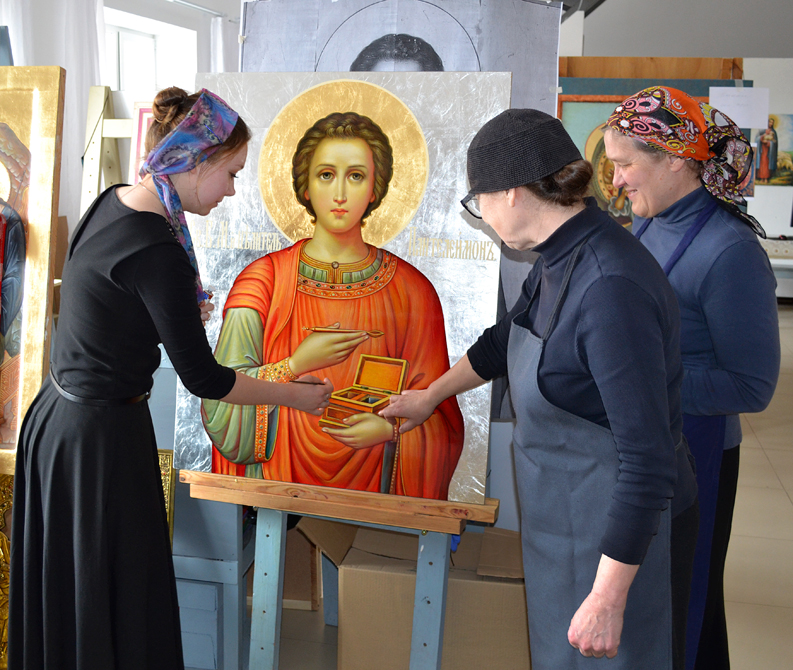