In November 2015, the Bakery was consecrated and produced its first goods. It is the only one in the city which makes and supplies the unleavened Lenten bread, baked according to  an ancient Russian recipe. This kind of bread has many advantages over traditional bread. In addition, the fact this bread is produced within the monastery, where prayerful conversation with God does not stop day and night, and where the dough is made with prayer, devotion, and love, makes it quite special and unique. Everyone knows bread is life. Our grandparents, who overcame the difficult years of the war, and our parents, many of whom had komsomol work tickets for the Virgin Lands Campaign, taught us a caring and reverent attitude towards bread. Bread was praised in songs in feature and documentary films about grain-growers. During Soviet times, there was no single public eating place (for pupils, students, workers, or military men) without a huge board on the wall depicting a fluffy round loaf and bearing the following useful edifications: “Bread is the staff of life,” “Bread is our treasure. Save bread!” or “Loafs do not grow on trees. Remember child; bread is hard work.” or “Those who save bread have plenty to live on.”   And certainly, who understands and evaluates the hard work of grain-growers and bread producers better than the inhabitants of the Orenburg Region, full of never-ending grain fields. No doubt, bread is our nourisher, treasure, and health.

For an Orthodox Christian, the phrase “Bread is the staff of life” is filled with other deep and sacred senses. First of all because our Lord called Himself, “I am the bread of life” (Jn. 6:35). At the Last Supper, He gave His disciples bread, saying it was His Body, “Jesus took bread, blessed and broke it, and gave it to the disciples and said, «Take, eat; this is My body»” (Mt. 26:26). Thus, He set the Sacrament of Eucharist. Besides the bread for the Eucharist, the Orthodox Church has other kinds of bread blessed by God: prosphora, artos, antidoron; blessed Paschal kulich, which is a kind of artos as well. According to God’s word, the members of the Church scattered all over the world are a reminder of bread consisting of many grains.

For an Orthodox Christian, bread is the greatest gift of God. Different chronicles tell us that after Christianity and monasticism came to Rus’, the monasteries began to arrange their own bakeries. They baked bread with prayer, devotion, and reverence. In time, besides the bread necessary for the church services, monastery bakers began to bake calatchi (small buns), pies, and loafs for the daily meals of the monastic. In our modern world, at the time of the revival of churches and monasteries at the end of the last century, the tradition of monastery baking art was resumed. Many monasteries have their own bakeries, each having their own unique recipes.

In spring 2013, when Irenaeus, Bishop of Orsk and Gai, consecrated the land destined for the building of the Iveron Monastery, Archpriest Sergiy Baranov, the Diocese’s Secretary and the sisterhood’s spiritual guide, came up with the idea of arranging the monastery’s own bakery.

“When the building of our monastery was still in progress,” says the Abbess of the Iveron Monastery, Mother Xenia (Pashkova), “We already thought about baking bread ourselves. The kind of bread our ancestors had. In addition, many parishioners, who were doctors, advised us to bake unleavened bread, made with raisin or rye starters, as the health of a human depends on the quality of bread, the product we consume every day.  Some time passed, and, with the support of our benefactor Dimitry from Siberia, who helped us to supply our bakery with Italian equipment, our dream began to come true.”

“But the deal was not that easy at first, says the Mother. “The experiments with unleavened pastry failed most of the time. We pleaded with the Holy Theotokos to give us a person who would be a professional of this craft, who loves bread and has an extensive experience in the production of bread. The Lord sent us Lyubov Pashkova, and everything began to work. We tasted the first bread ourselves, had it during our meals at the refectory, and then we treated our guests and the friends of the monastery. When we realized people liked it and came to our monastery specifically for bread, we decided to expand the production. Our products are certified now, and we supply three cities of the Eastern Orenburg Region with it.”

“The bread we bake now is unleavened,” says the main technologist. There is no yeast at all. Only rye flour, water, and salt. The flour is top grade. We grow the starter for 38 days. Every day we mix and feed it so it is strong. Then we use it to make the dough for our bread, without yeast. Rye is what makes the bread strong and fluffy. We baked the same bread at the New Monastery of the Savior in Moscow.

Besides the unleavened bread, we bake rye bread. It is made with a starter as well. Then we do add a little yeast to it, but only 100 grams for 70 loaves. This is a really small amount. We use malt in our recipe and the starter would not let the malt rise.  Hence, this bread has a small quantity of commercial yeast, but is healthy and delicious all the same. And it differs a lot from bread sold in ordinary shops.

People who eat the monastery’s bread do not gain weight. The unleavened bread cleanses the gastro-intestinal tract, and it begins to work properly.   Doctors prescribe this bread for those who have chronic conditions. Unfortunately, commercial manufacturers use different additives, which are not good for our health. We do not use additives at all. We try to make Orsk inhabitants healthier. Let people rejoice knowing we all have our Father Sergiy who takes care of not only people’s spiritual issues, but also the physical health of many people. We have the Iveron icon of the Holy Theotokos at the bakery. Before proceeding to work, everyone prays before the Holy Theotokos and asks for a blessing of their efforts. All products are blessed too. It is amazing that this Lenten bread with no eggs, butter, and yeast is very tasty and soft. Moreover, it is elastic enough and that is why it does not spill crumbles when you cut it.

We produce hundreds of baked goods every day. The range of goods expands all the time. “We believe that the bread baked within the walls of our monastery, where the prayer does not cease, will be useful for both spirit and body of those who will have it with a grateful remembrance of God,” – says Mother Xenia. 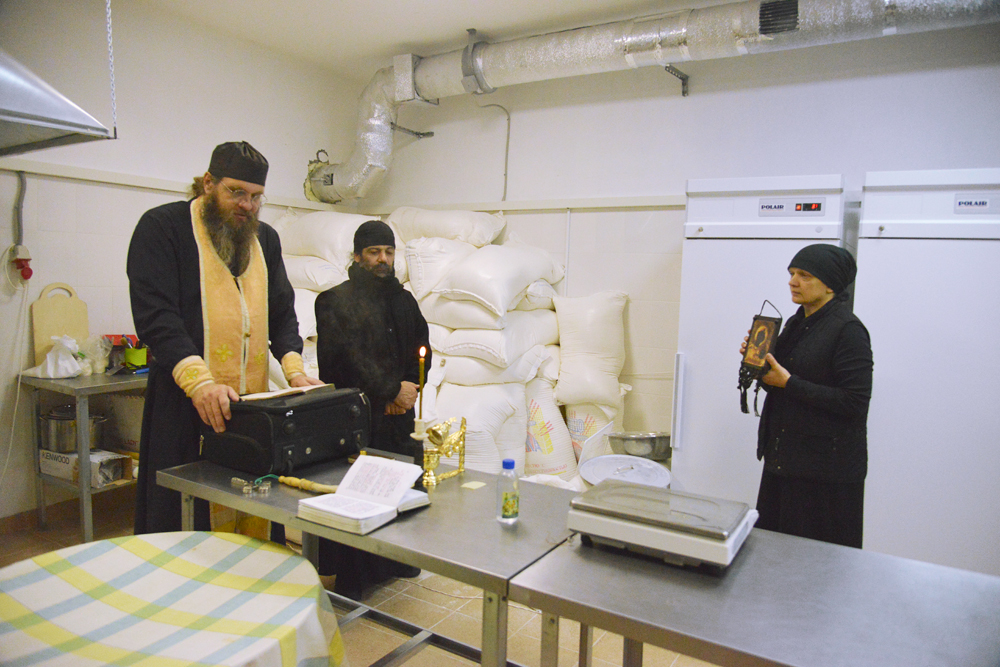 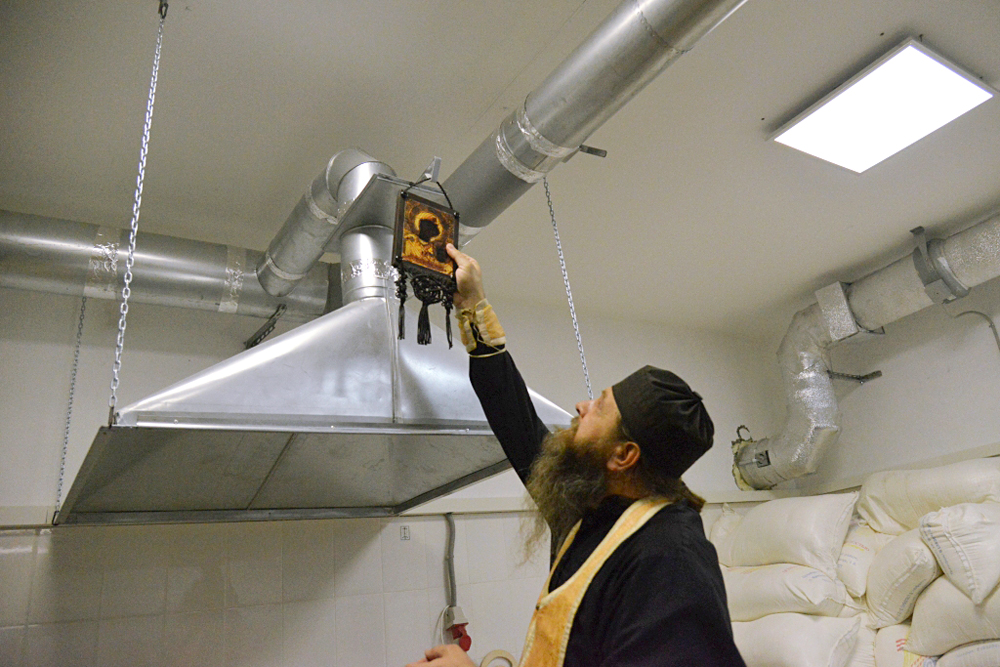 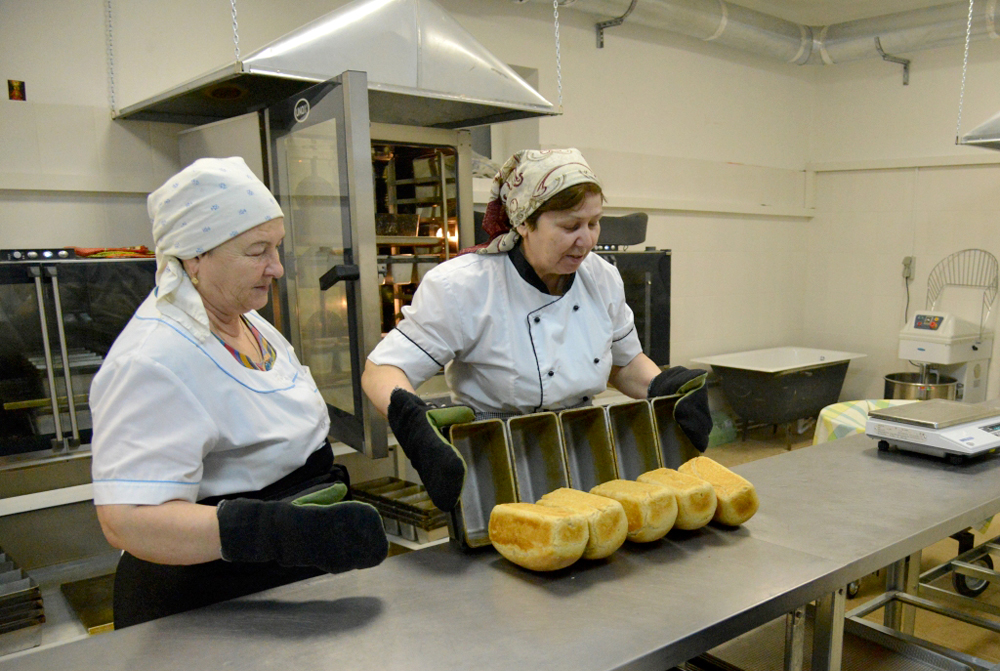 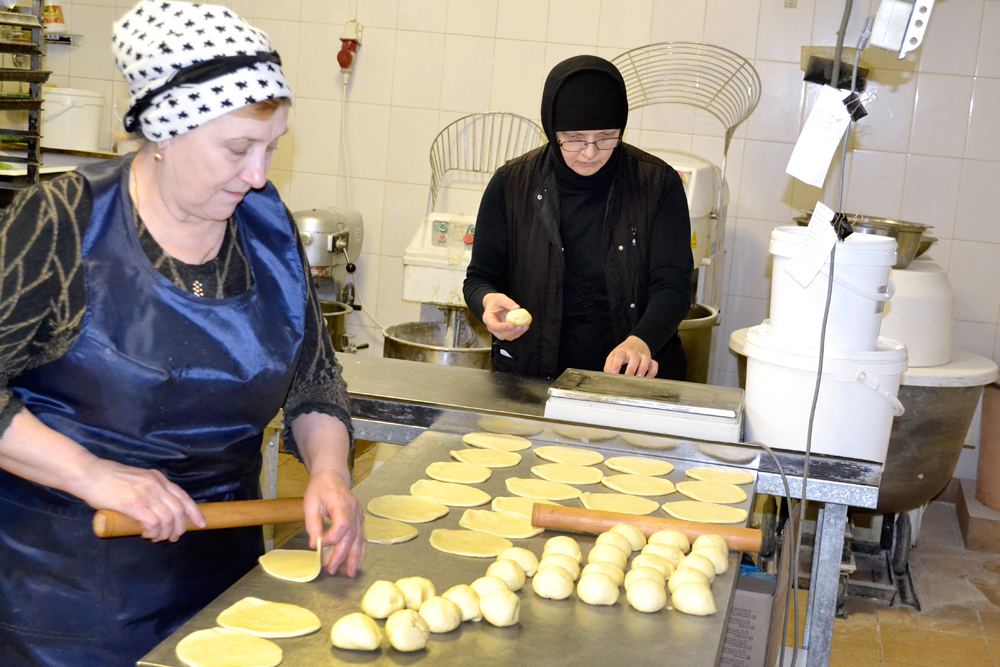 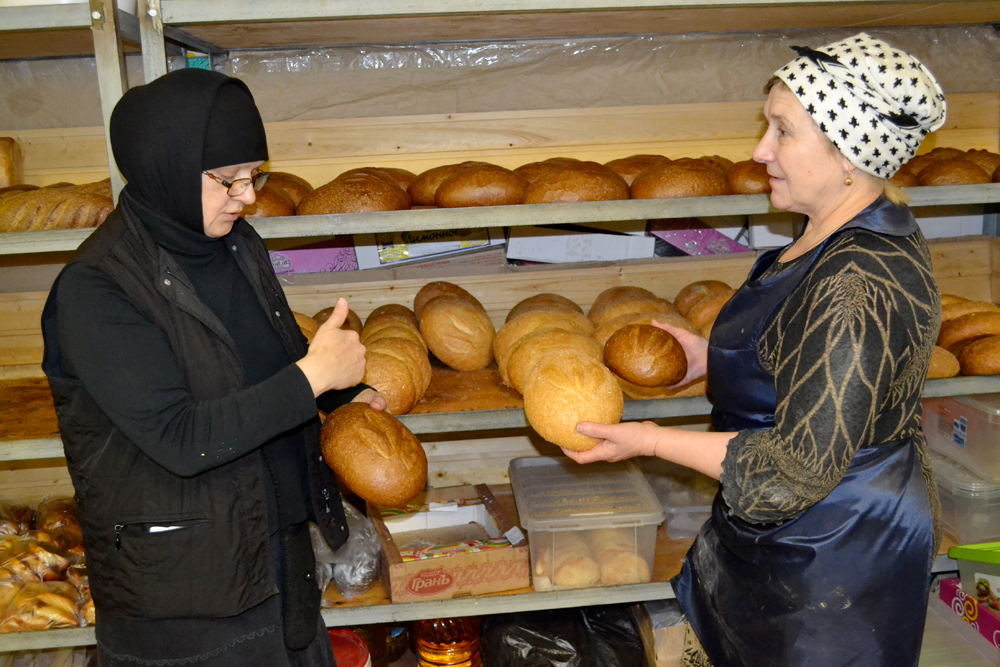 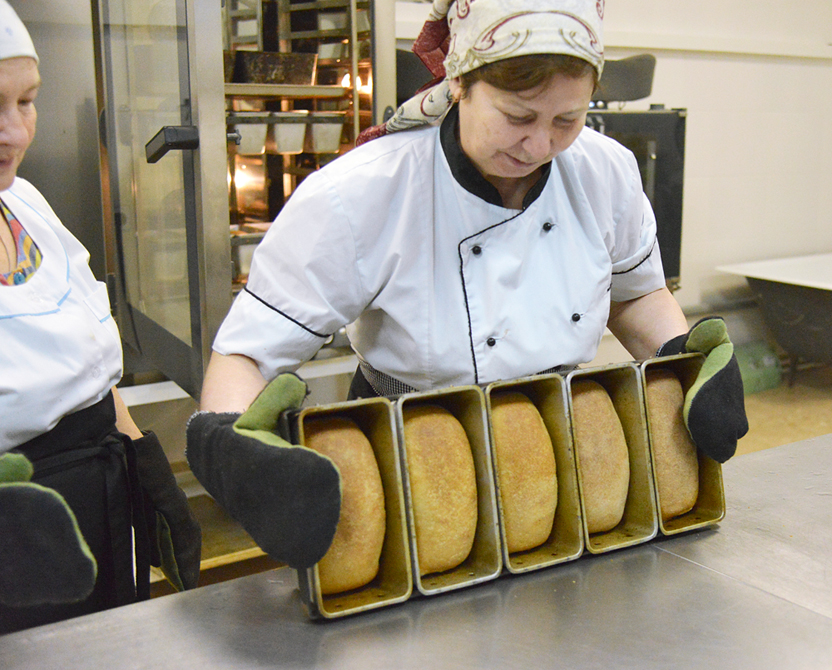 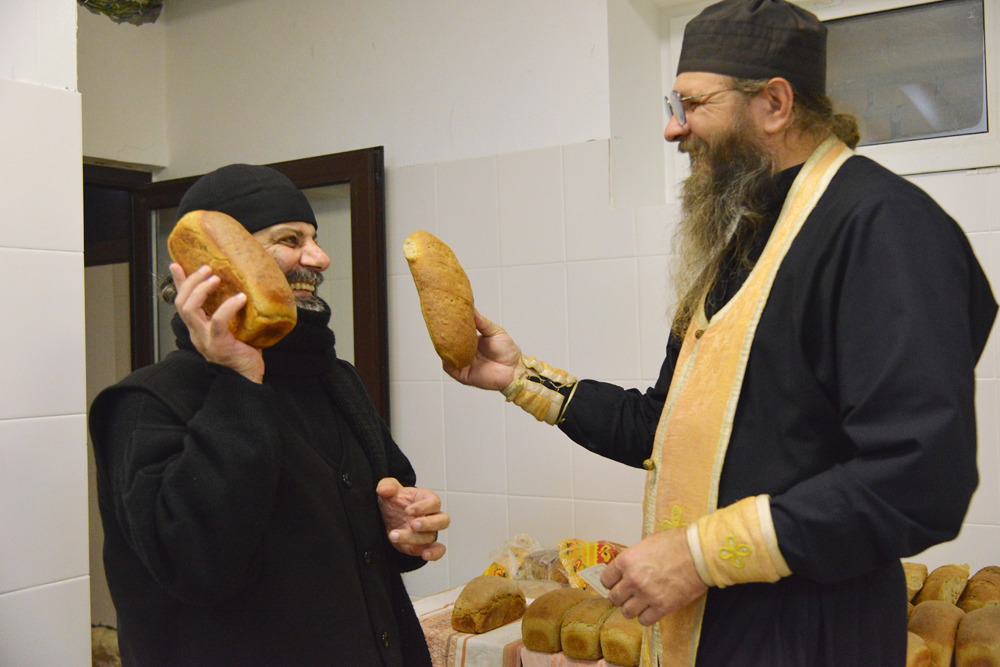 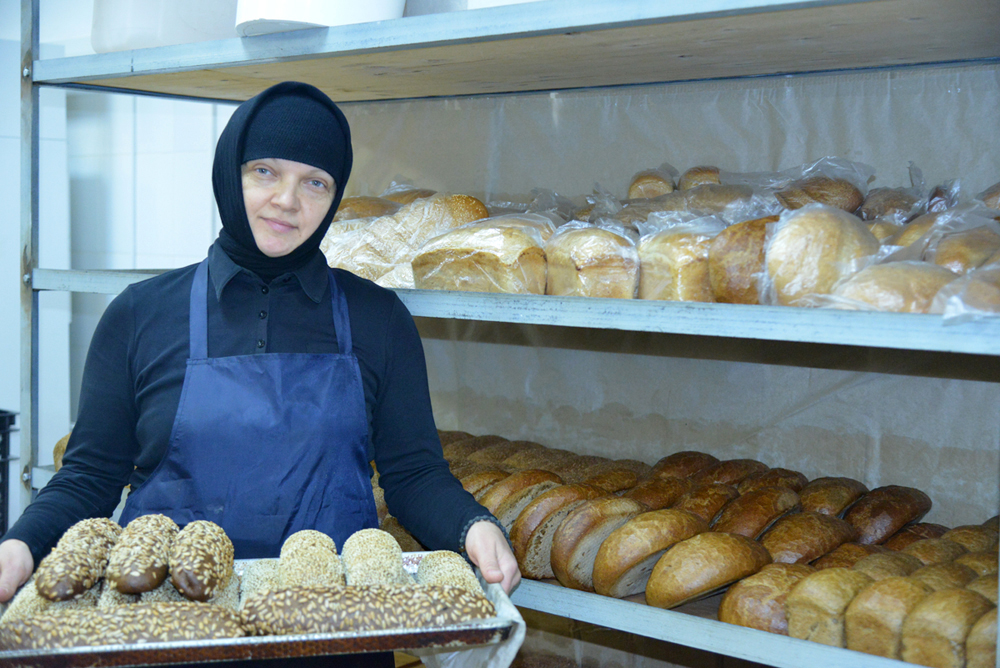 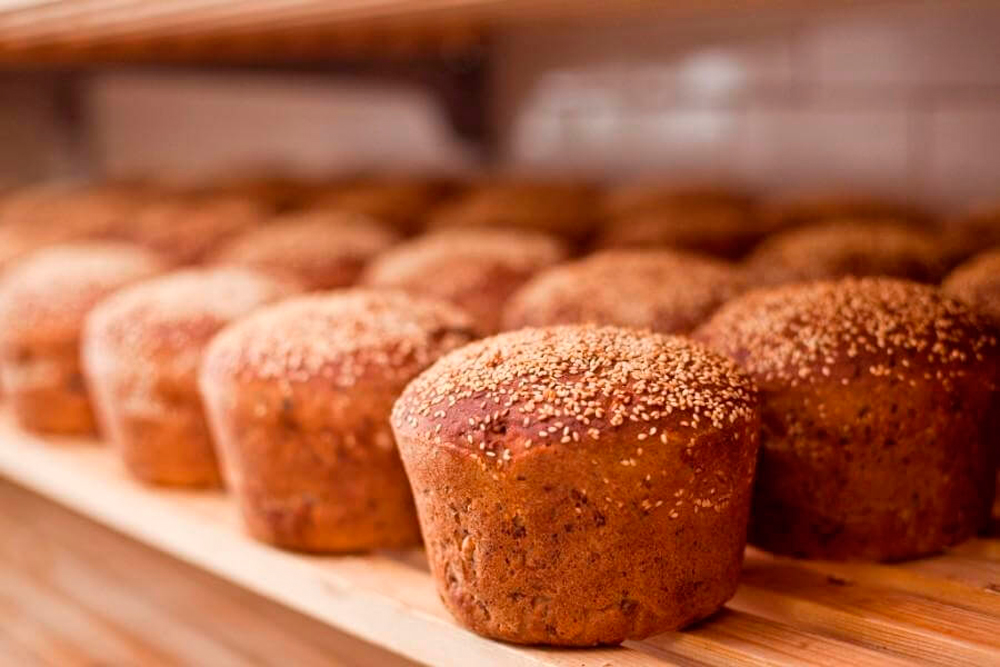 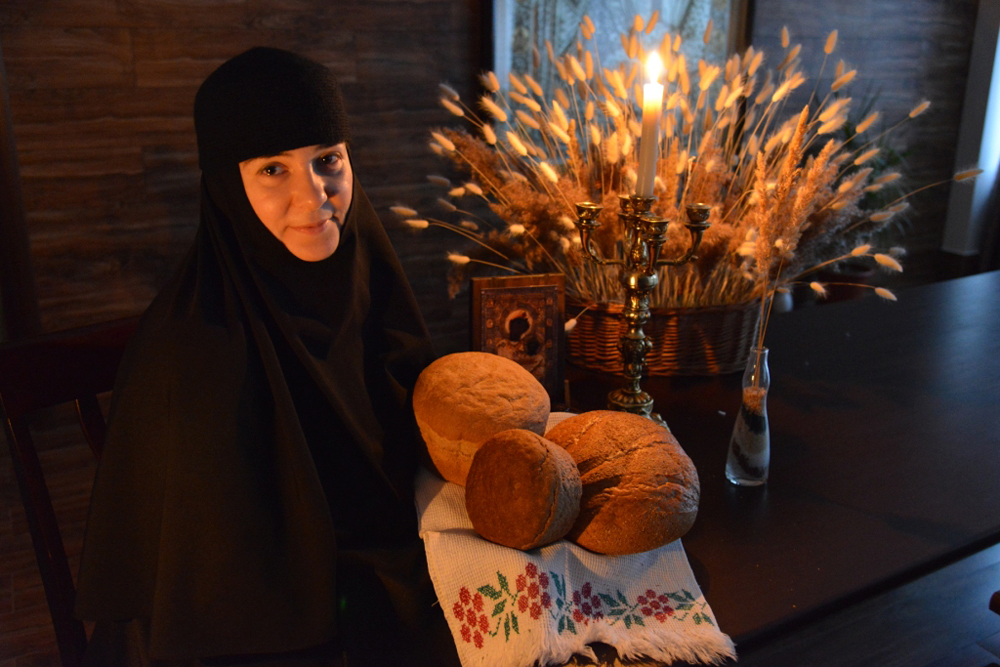 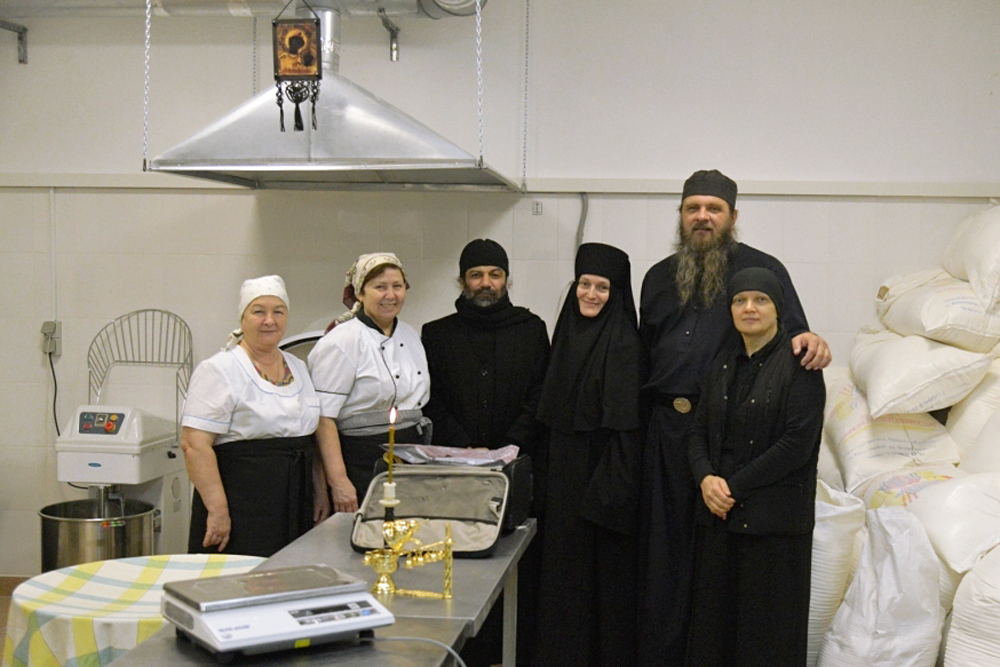 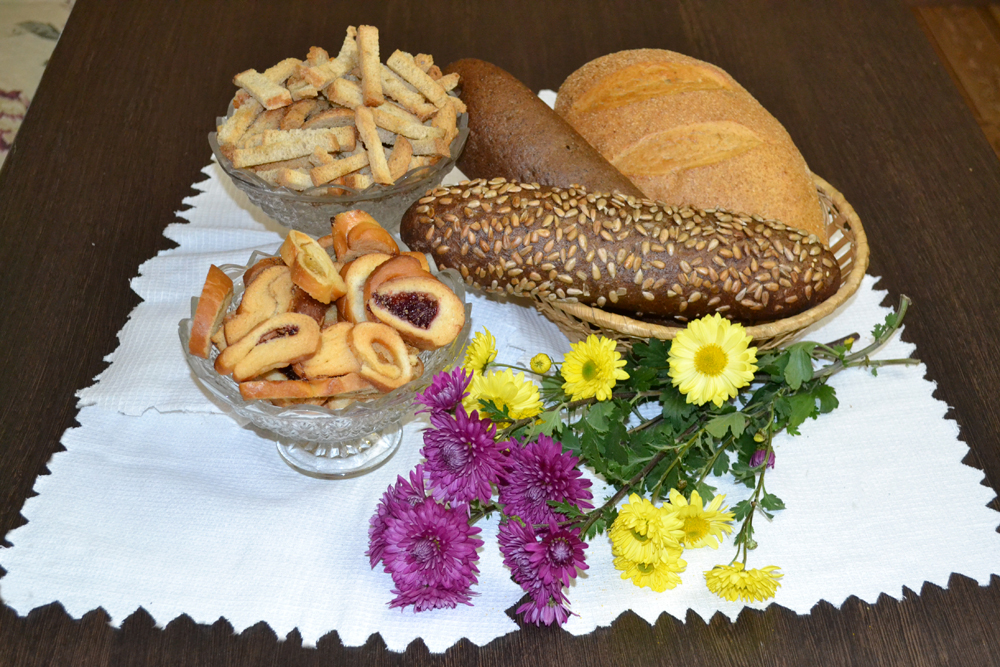 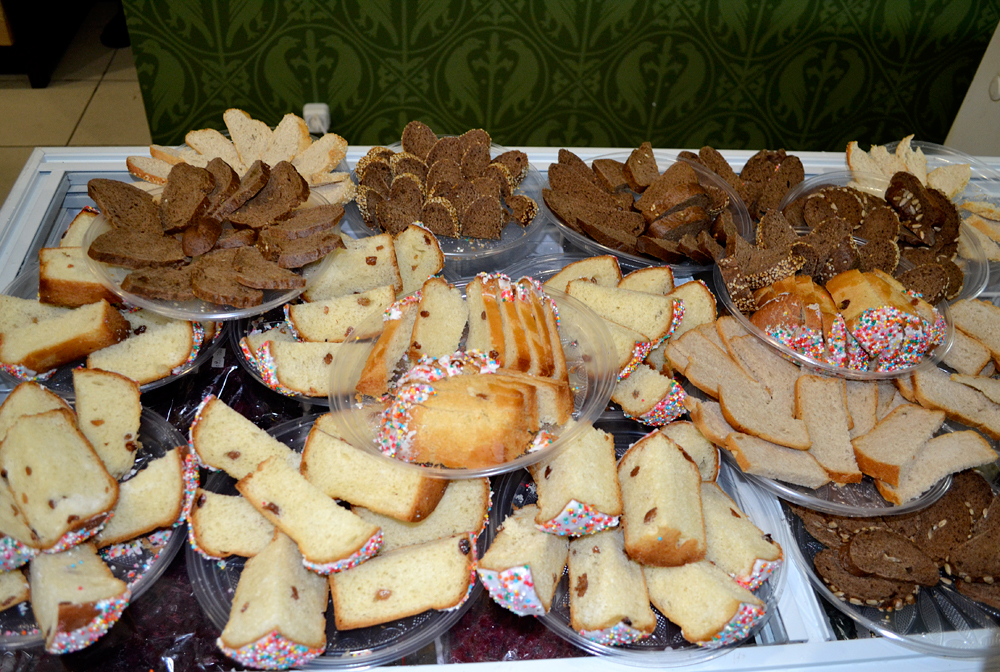 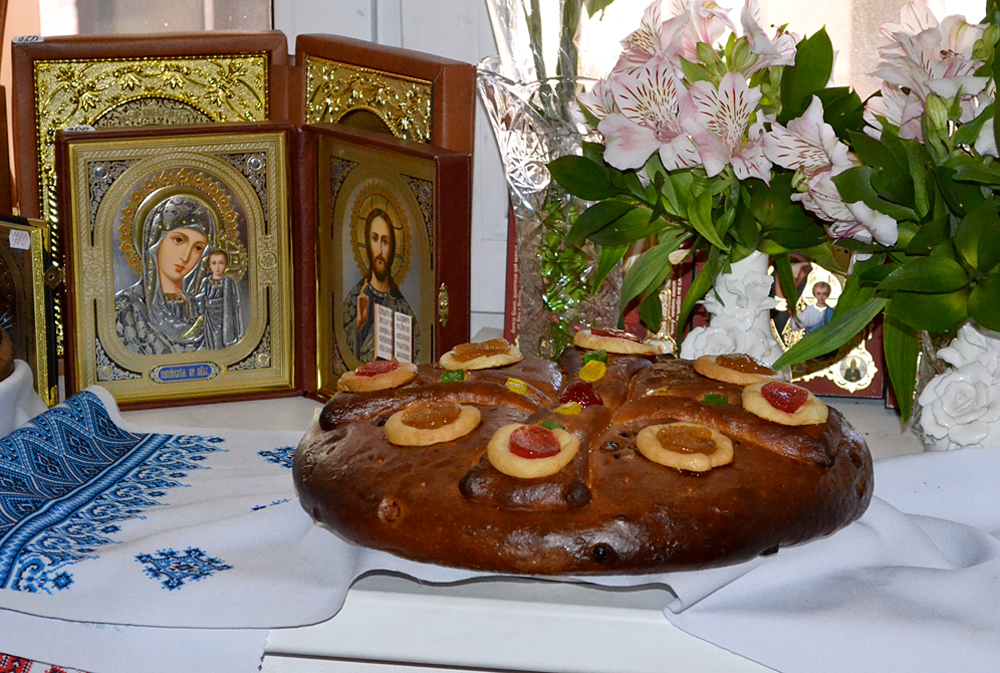 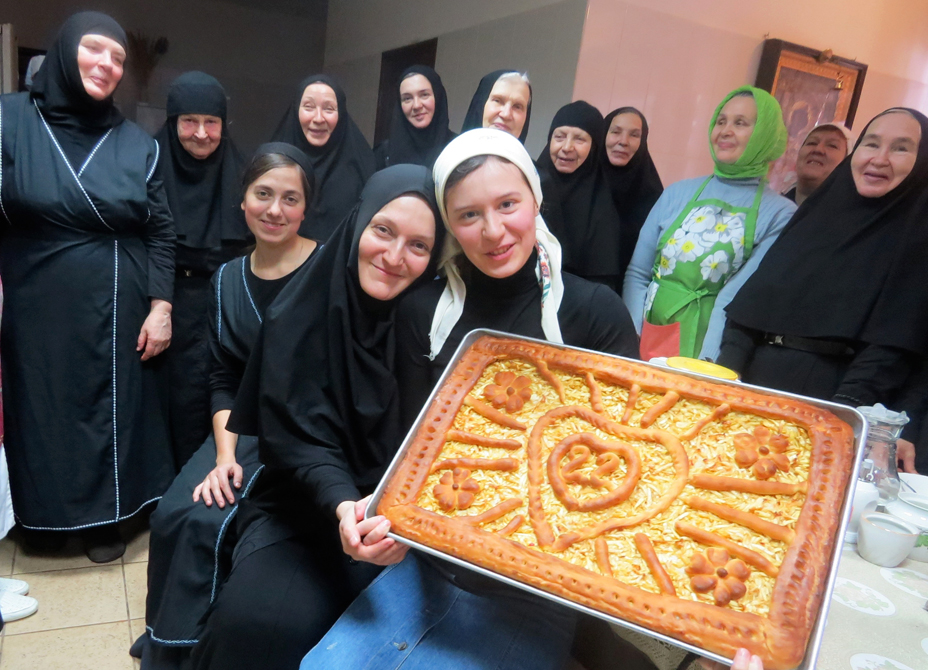 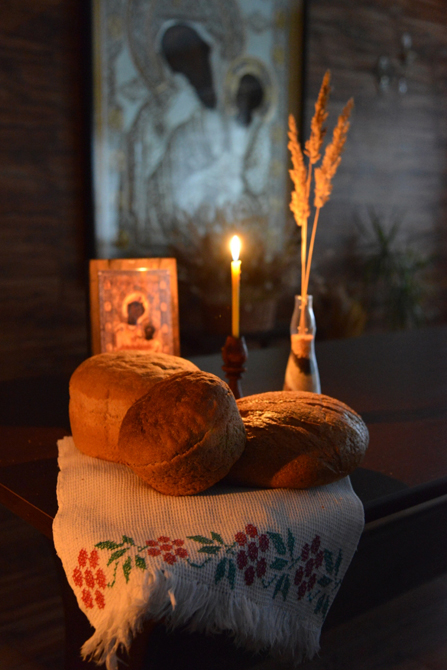